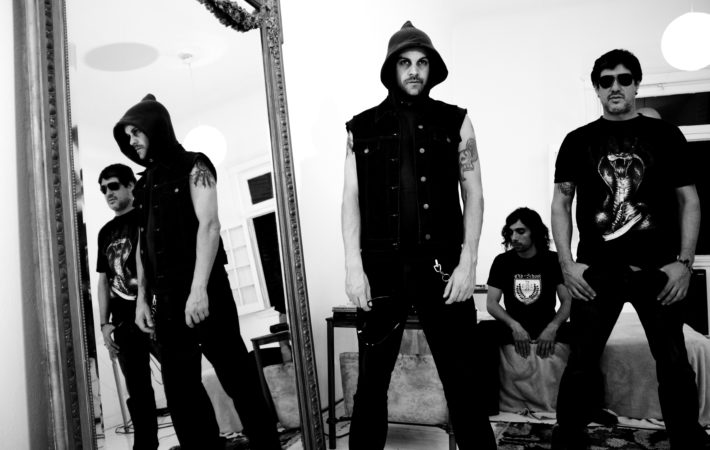 Argentinian psychedelic rock trio LOS NATAS has announced a batch of album reissues with powerhouse label Argonauta Records! The band’s first and critically acclaimed debut album, Delmar, originaly released in 1998, has sold out every single copy to date. Argonauta Records is proud to reissue LOS NATAS’ pathbreaking album in a second repress, coming in exciting Vinyl editions and remastered from the original tapes, on the 28th of June 2019!
Following up to the succesful release of their ’98-full length debut, a year later LOS NATAS released their second studio album, Ciudad De Braham. Still featuring the original master by Dale Crover, Argonauta Records will be as well re-releasing Ciudad De Braham in a first repress since 1999!

Says vocalist & guitarist Sergio: „Since I met Gero and all the Argonauta Records crew I instantly felt them as family, and being part of something bigger than you, in any music and artwork experience, feels great and like home. I think we share a common truth, we have never done this for the reward or the recognition of the crowd, we always did it as a necessary way to keep our demons out, and also to share our joys and personal wars with other people.
20 years later here we are, re-printing our two first albums ever, with this great crew delivering premium quality LP vinyl and CD to the world. Its a true fact and reality we could have never dreamed of when we were kids, just delivering heavy riffs and deep trips into soundscapes.
Hope you all enjoy these great releases and being part of our family too, and keep on sharing it with you people as well. From Argentina I personally wish you the best. Just for today let your past behind, let your mind enjoy the little nice things, let you spirit shine with the ones you love and care.“

Formed during 1994 in Buenos Aires, LOS NATAS various musical influences draw from the base of the raw and psychedelic sounds of 70’s bands such as The Doors, Black Sabbath, The Who, Pink Floyd and Hawkwind among many others. LOS NATAS take us on a journey made of basic elements: vintage instruments and equipment to diverse, laid-back and groovy songwriting skills, while the band incorporates the use of the senses and perception of the listener to be part of a sonic trip.

LOS NATAS creates music that changes constantly, dedicated to long and intense jams that give their sound a different meaning and magic every time they execute them, with a sense of freedom in the way of interpreting their tunes, making this experience extremely related to the sensations that both the musicians and the audience receive every time a show begins. LOS NATAS is the pure essence of what should became and titled Stoner Rock.

Mark your calendars, when Argonauta Records will reissue both first albums by LOS NATAS in new and stunning LP + CD editions June 28th! The pre-order for both records, which belong in every well-sorted psych and heavy rock record collection, has just started at: