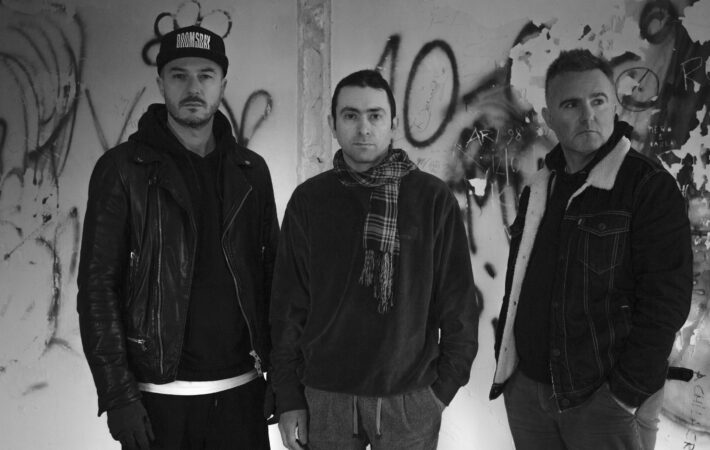 “We are proud and excited to announce our debut album release on Argonauta Records. We started writing songs a bit for fun and driven by the spirit of doom and stoner running through our veins since we were kids … the desire to share with everyone that spirit, turned into a whole album… 8 tracks of dirty and fuzzy heavy doom / stoner!”

Born out of a series of jam sessions in 2019 in Fasano, Apulia, Italy, King Potenaz began to write their own music by drawing heavily on the work of doom/stoner bands like Sleep, Electric Wizard, Kyuss, Monster Magnet and, of course, Black Sabbath.

After a change on drums, the lineup solidifies into the current power trio formed by Giuseppe (guitar and vocals), Francesco (bass guitar) and Piero (drums and synths).

Longtime friends and musicians, they are active in the local heavy/underground scene since the 90s:

In 2022 King Potenaz launched “Among The Ruins” and “Pyramids Planet” [demo versions].

Their debut album is scheduled for release under Argonauta Records during 2023 on CD and DIGITAL editions, and the exciting first single “Monolithic” is streaming right now: