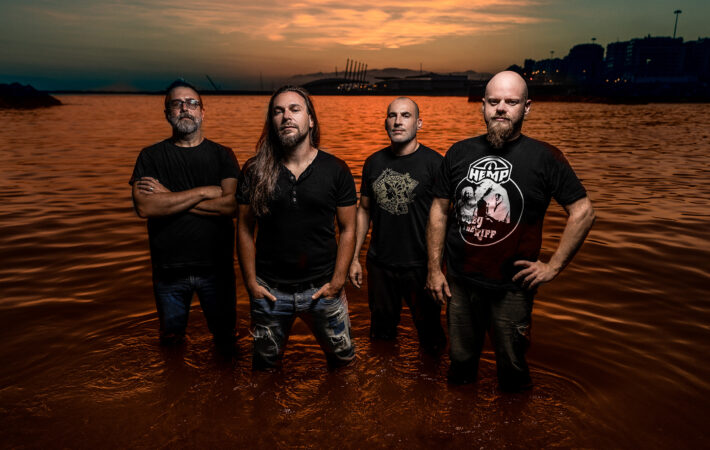 Genoa-based Post Grunge Rockers BURN THE OCEAN announce to have inked a deal with ARGONAUTA Records for their new album to be released by early 2023.

Burn The Ocean’s sound is often described as modern, fresh, heavy yet organic and intimate. You can easily find the band jumping from a “Radio Ready” song to a more classic yet dirty rock one always trying to maintain its huge and groovy impact sound without resulting too much derivative.

Duality is the true creative force behind Burn The Ocean. In 2014, after more than a decade of activity, Nerve (Melodic Death Metal) and 2Novembre (Rock/Stoner), two of the most important yet extremely different genoese local acts, disbanded. As an act of consequence, the two masterminds behind the projects, Fabio Palombi (Nerve, Ritual of Rebirth and owner of Blackwave Studio) and Emanuele “Shuster” Pecollo (2Novembre, Volumi Criminali), decided to join forces in order to create a new musical journey which could be able to melt the best of both musical worlds.

The current and renewed line-up has been recently enforced by Massimo “Kabuto” Repetto, well known bassist of the band Ghandi’s Gunn (now Isaak) – who had previously left music to be fully focused on his activity as a Designer and Illustrator –  and Chris Parisi, a veteran musician in the local and national scene putting  its signature drumming in several acts such as Zorn, Athlantis, Raza de Ódio and Cadaveria.

The new album has been recorded and mixed by Fabio Palombi at Blackwave Studio and Mastered by the guru Giovanni Versari (Muse).

Watch out for more news in the not so distant future.