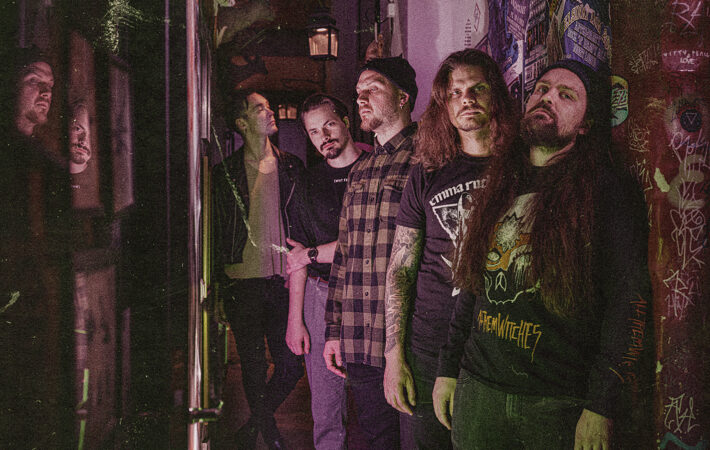 Void Cruiser is a heavy alternative rock band from Helsinki, Finland. The band has been evolving since 2011 and developed their sound into a distinctive mixture of 90s grunge and heavy rock, with some taste of desert rock, post metal and shoegaze.

Void Cruiser released their first album Overstaying My Welcome in 2015, gained some followers and the album received some decent, even praising reviews. With their second full-length album Wayfarer (2017 – Argonauta Records, Oak Island Records) the band renewed their sound and clearly started to establish their own way of doing things. The album was highly praised by the audience and media, which brought a lot of support and led to recognition on albums of the year lists (Metal Nexus #2 and More Fuzz #6).

Now Void Cruiser – strengthened by one additional member since the previous albums – have created their third record and are ready to unleash the full power of their sonic excess.

The band says: “We are pretty stoked about continuing the smooth cooperation with Argonauta. Gero’s solid hands-on experience with a wide range of genres and bands and the genuine urge to spread phenomenal music makes Argonauta Records a perfect companion for us. We have been extremely satisfied working with Argonauta in the past and we are confident that our collaboration with the third album will unfold remarkable things.”

To shorten the wait of the actual CALL OF THE VOID full-length release date coming soon in 2022, the band releases today their impressive new single “Happiness”, taking their sound to a definitely new level, give ear:

Watch out for many more details and preorder links to be revealed soon!