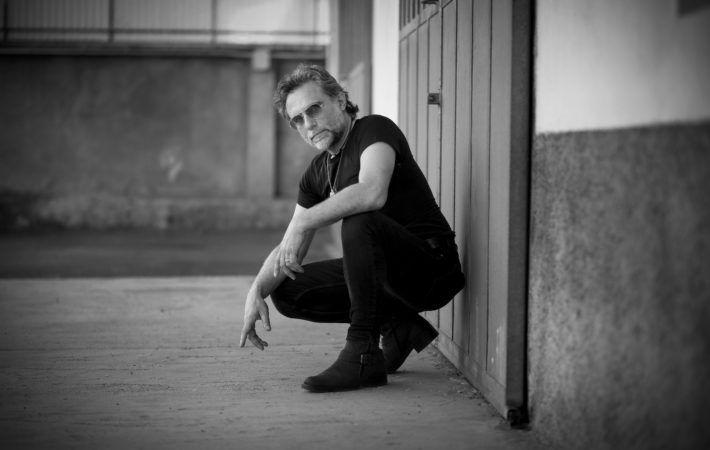 Diego Die Cominardi, frontman of Italian heavy rockers THE BLACK LEGACY, has announced the release of his first solo album! Following two decades as a rock musician, Die decided to give life to a solo project by producing his upcoming album A Dream, within atmospheres inspired by the american country-rock and poems by William Blake. A Dream, the first solo affair by the extraordinary vocalist who also played all instruments on the album, will be released with Argonauta Records on July 29, 2022.

Die’s raw and metallic sound of just a man, his guitar and a harp, will lead the listener to a distant and desolate place, and should be easily pleasing fans of Bruce Springsteen’s Nebraska or Eddie Vedder on Into The Wild. But give ear, as today Die released a first song taken of A Dream! Listen to the album title track here:

A Dream was recorded, mixed and mastered at Trai Studio, Italy, by Fabio Intraina. Slated for a release on July 29, 2022 via Argonauta Records, the album pre-sale will be starting soon at THIS LOCATION.

More about Die:
The charismatic vocalist began his artistic experience in the 90s, as the frontman of Halley, a rock band from Milan inspired by the scratchy sounds of rock and blues by Jimmy Hendrix and the Doors. His rough voice, that characterized the sound of the band from its beginning, became more and more enveloping over the time.

In the mid-90s, Die approached Irish folk music with the band Shamrock, playing live songs by some of the most famous Irish bands (The Pogues, Sharon Shannon, Bob Geldof, Van Morrison, The Dubliners, etc …). In the following years, for about a decade he explored the field of musicology and musictherapy, creating musical projects for people with mental disorders.

In 2015, he resumed his artistic activity as frontman of the Los Losers, a Southern Rock-and Biker-inspired musical project. Since 2018, Die is the vocalist and frontman of The Black Legacy, a rock band strongly inspired by the 70s sounds of Black Sabbath, within an interweaving of doom and stoner with a heavy does of the blues. The band’s debut, “Black Flower”, was released in 2020 on Argonauta Records.