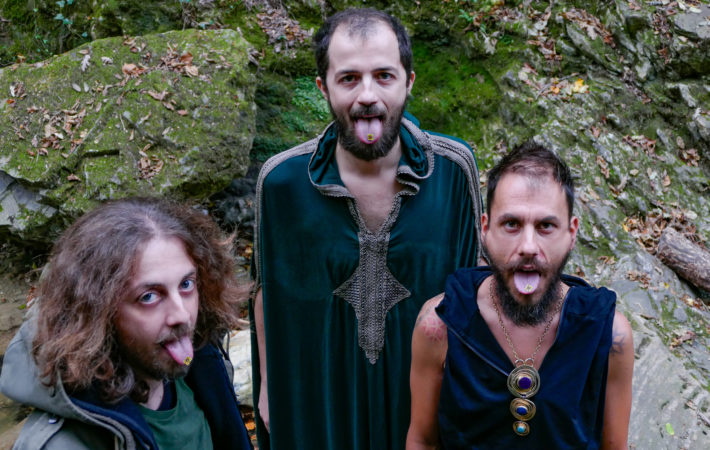 Doom and stoner rock shamans GREEN ORACLE have joined the eclectic artist roster of rising underground label Argonauta Records! Hailing from Tuscany and formed in 2013, the band has just announced the worldwide signing with Argonauta, who will release the band’s long awaited debut album during this year.

The philosophy behind GREEN ORACLE is to explore the primordial sound flows through a classic combo based on heavy bass lines, low end guitar licks and drum grooves with the addition of several voices and a variety of other instruments that emphasize the evocation of natural harmonies. After a first period of jamming and improvising the line-up represented by Thomas, Matteo and Vanni, GREEN ORACLE started playing a number of shows since late 2014, immediately gaining a great response from the crowd as well as offers for further collaborations.

Says the band: „Green Oracle is proud to join Argonauta Records for the release of the first studio album of the band. We all hope it will be an enjoyable period to discover the primordial depths of our music.“

After several gigs opening for other Italian bands such as Ufomammut or Appaloosa, their song arrangements became more extense and defined, until GREEN ORACLE felt ready to record a full length 3 tracks-album. With a long gestation behind the writing process, the self-titled album was finally recorded and mixed in 2018 and is set to be released with Argonauta Records during 2019!