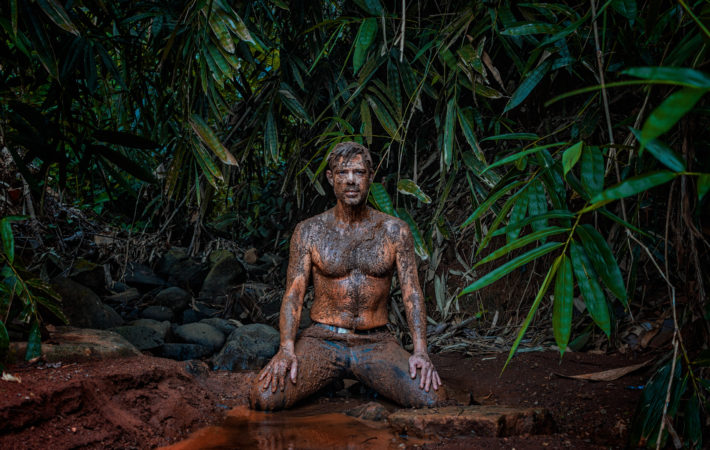 We’re excited to welcome another very special, and definitely unique act to the Argonauta family: Hailing from the Indonesia Java Island, psych doom and stoner boogie rock act MUD SPENCER has inked a worldwide deal with the record label!

MUD SPENCER ‘s prologue begins in 2017, when band visionary Rodolphe and drummer Eddie recorded a full-length album, “Left Empty”, in within 4 days under the band name of “Chiefing Cloves”. Eddie returned home to Texas, US, right after the recording sessions. As many drafts of song ideas were still there, Rodolphe decided to do it with the means at hand then, and created two virtual bands. One for high tempo early 60s sound inspiration, and one other, MUD SPENCER, for low tempo late 60s early 70s sound influences. The one-man-show is Rodolphe, playing all guitars, drums, organ, FX and other instruments. In 2019, he began the production of his upcoming debut, which will be released during 2022 with Argonauta. According to MUD SPENCER, it’s “made on ze bed music”. He records on his bed, and he mixes outside in the island‘s mountain while he just brings the ipad and headset on his trail motorcycle.

Give ear, as to celebrate their signing and upcoming collaboration, today MUD SPENCER and Argonauta Records have shared a first track taken from the upcoming debut. Listen to ‘Razana ‘ here:

“It’s not of every day we’re used to ink a deal with a very new band as MUD SPENCER is, though we’ve been immediatly surprised by his genuine attitude and approach as well as his killer yet comfortable sound, indeed useful for each kind of situation when played at the right volume. It’s surf/garage ’60, rock ’70 and fuzz, yes! A true psychedelic journey at all level.”

” I’m very excited and also curious to work with Argonauta Records and All Noir for the release of  Mud Spencer first album!. Thanks for your helps in all its promotional and marketing efforts, thus, I should have more time to devote to tracks production, and with motivation..! ”

Watch out for more news and album details of MUD SPENCER’s upcoming, special journey to follow in the months ahead!