The Roman band Solar Mantra, formed in 2017, takes its listener on a wild fuzzy rock trip into a psychedelic wonderland. With their catchy yet powerful and heavily groovy stoner sound, with some (melodic) grungy elements, the Italian four-piece creates a revitalizing vibe that is immediately evident. From the crushing album opener “Stone Rider” to the equal bracing grand finale “Solar Mantra”, their debut full-album “Away” unleashes eleven gritty songs with hooks, groove and an enormous drive that deliver the perfect soundtrack for a roadtrip in the sun! The ‘leitmotif’ on “Away” is the hypocrisy of the appearance, about the difference between our real emotions, feelings, believes, opinions and what we want or we are forced to show in this ‘over-ruled’ social environment. The artwork expresses the will to escape from this black hole of social rules and regulations towards the inspirating light of the sun… in one word: “Away”! 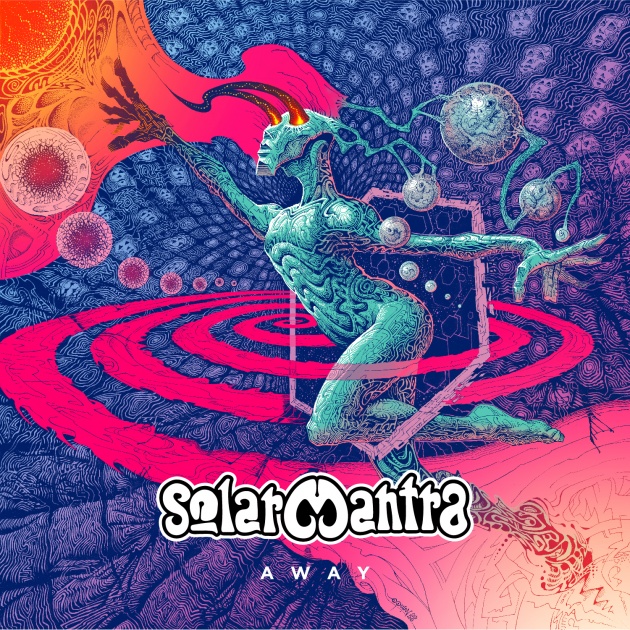