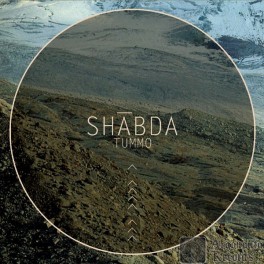 (Argonauta Records) Shabda was formed in 2012 in northern Italy by Anna Airoldi, Marco Castagnetto and Riccardo Fassone, who had previously worked together in Thee Maldoror Kollective. With the inception of Shabda, the trio has started crafting meditative, repetitive sounds, with the aim to fuse Indian music, doom metal and minimalist exploration into a trance inducing, often somber droning ritual. Their first record, “The Electric Bodhisattva”, was released in 2013 by Paradigms Recordings. Musically interpreting the perennial tradition, the new album TUMMOfocuses on kundalini alchemy by means of deep guitar tunes, microtonal intervals and ritual documents recorded in Varanasi, Sarnath and Amber.