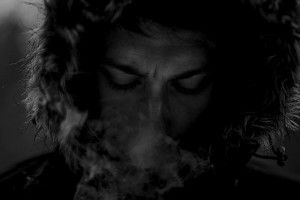 Eerie and unearthly, DIFLEGER from Minsk (Belarus) have inked a deal with ARGONAUTA Records. Musically influenced by artists such as AmenRa, Rosetta and Lustmord, Difleger (managed by the eclectic mind of Anton Yeroma) are leading actors of a stunning musical approach combining experimental tunes with meditation, where massive distorted guitars, samples and other instruments are bound together in a unique experience of Post Metal assault. The album “Dreamcatcher” (digitally self-produced by the band in 2013) will be available in physical format from April 2014 on a noble DigiSleeve CD limited to 300 copies worldwide and will feature two unreleased bonus tracks.