Italy’s fore-fronting, industrial noise metal act Infection Code, has announced to release their seventh studio album, titled “IN.R.I.”, on November 8th with Argonauta Records!
With their extraordinary mix of electronica, noise into industrial and thrash metal avant-gardes, Infection Code deliver an extreme musical scenerio, heavier than ever before. This band definitely got the code how to become infected by a sound!

“IN.R.I.”, is a trip of aroundfifty minutes of music where the industrial matrix remains a trademark,but with a preponderant return to thrash and death metal. The desire for a return to the origins combined with the creative input of newcomers due to a recent line-up change, have generated a finest selection of songs that recall sounds close to bands such as Carcass, Red Harvest, Meshuggah or Strapping Young Lad, while maintaining the personality that has always characterized the noise history of Infection Code; a band that formed in 1999, rising up as one of the pioneering bands the Italian heavy music scene had to offer. Frantic months in the rehearsal room where the four-piece collective was heavily refining their sounds and noises for an album, that promises to be the most extreme and violent written by the band to date. Have some taste of “IN.R.I.”, and get infected by a first single, New Rotten Flesh, right here: 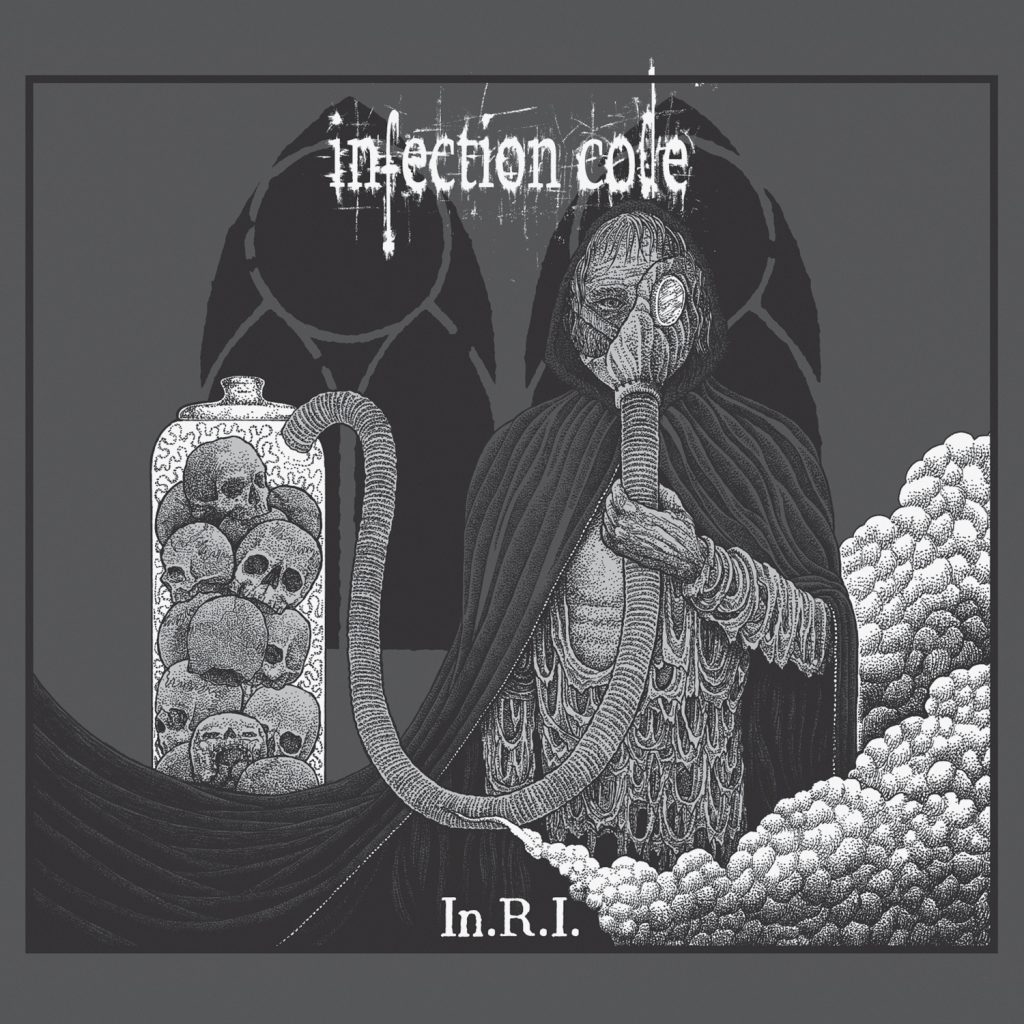 “IN.R.I.” will be seeing the light of day on CD and in Digital formats, November 8th 2019 via Argonauta Records, look out for a pre-sale and many more news such as tour dates to follow soon!