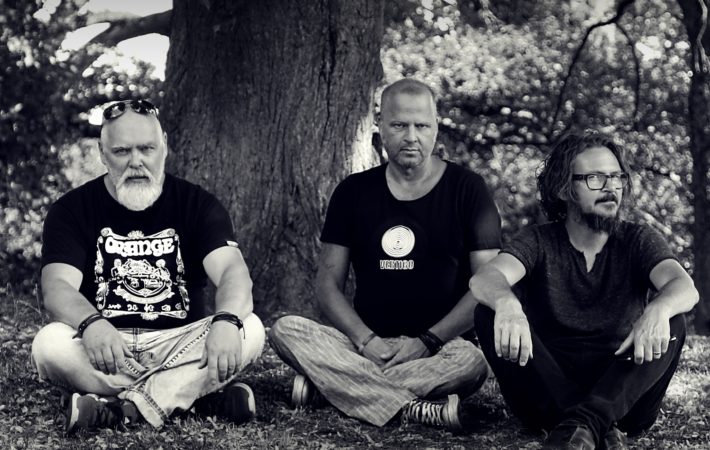 Hailing from the finest riff and big melodies forge, Sweden, heavy ‘n hard rockers Grandier have just recently announced their signing with Argonauta Records, who will release the band’s hotly anticipated debut during 2019!

Grandier formed in late 2016 in Norrköping, while vocalist/bassplayer Lars Carlberg (ex. Bokor) teamed up with guitarist Patrik Lidfors for songwriting and studio sessions. With the inclusion of drummer Claes Pålsson, a very special classic power rock trio was born. True to their roots, Grandier focus on slow and heavy riffs influenced by the classic hard rock and early metal, but also doom, psych and stoner. Add to this a pinch of grandeur, and maybe a hint of grunge, and Grandier deliver an exciting mix of all that is so tasty in Swedish heaviness. The band released two singles, “Church of let it all go” and “The Crows” to date, before catching the attention of powerhouse label Argonauta Records in 2018. While Grandier are currently putting the final touches on the release of their debut full-length, due out during 2019, the band is now already premiering a first track to the song “Smoke on the Bog”!

Says the band:  “Swamp-doom with a touch of war-cries. The title “Smoke on the bog” has been around in Lars’ (vocals, bass) head for years. But now Patrik Lidfors (guitars) wrote some f**king smoking dirty riffs to match it and Claes Pålsson (drums) laid the heavy foundations. There’s also a short story with the same title, based on the lyrics, soon to be released in sound- and e-book format by horror publisher Swedish Zombie.

Smoke on the bog was mixed and mastered by Joona Hassinen of Studio Underjord (Year of the Goat, Vokonis, Domkraft).”

To shorten your wait for Grandier’s upcoming album, listen to “Smoke of the Bog” here: