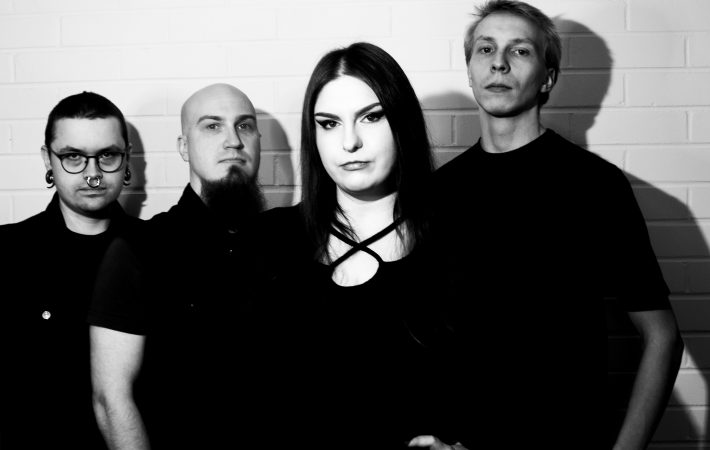 Frontlady Valentina comments: “Ciminero is excited to be part of the Argonauta family. We are based in Finland, yet we have a strong connection with Italy. I am Italian and it reflects also in our music, as some of our songs are written in Italian.We are proud to be supported by and collaborate with Argonauta.”

CIMINERO plays a heavy mixture of doom, occult rock and stoner, add a dose of captivating melodies and psychedelic moments, one could imagine a descendant born from the unholy covenant of Blood Ceremony and Cathedral, whose journey has been long without forgetting the origins. Formed in late 2018, their music began to flow unstoppably which led to their first album Subterranean Awakening. Instead of touring and to support their critically acclaimed debut due to the world’s lockdown, CIMINERO used their time in the most possible creative way, and focused on album number #2 right away. The band’s sophomore studio album will be released through Argonauta Records, with more details to follow in the weeks ahead.

“I got the chance to drown myself into CIMINERO ceremonies thanks to their previous album a few years ago,“ says Argonauta Records owner, Gero Lucisano. “I was immediately impressed by the occult vibes of the songs, with the singer Valentina being an authentic priestess. I feel lucky to have been offered the chance to work with their new opus, even more occult and plenty of obscure emanations. This will be outstanding!”