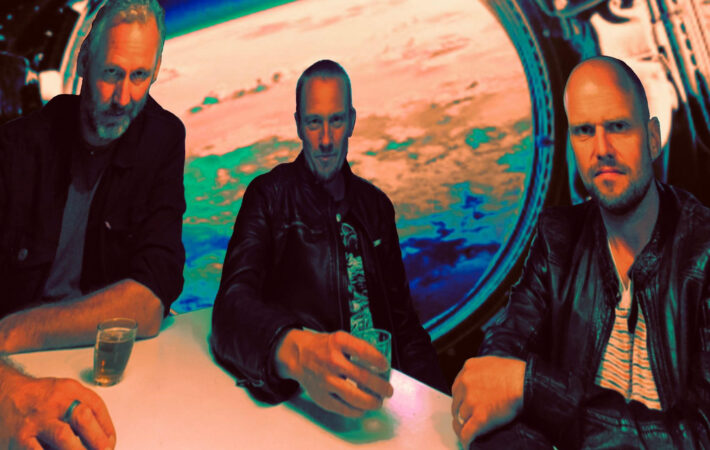 Since 2011 Pander – set up in the Frisian Netherlands – brings on their heavy loaded dirt. Debut demo GO (2012) came forward with effective forthright stoner metal. Follow-up Fierce Self (2015) gained even more weight and let catchy grooves flourish plentifully. Meanwhile a rather big amount of gigs were played.

Late summer 2017 the four piece became a three piece. A change of sound implied this powertrio’s increase of more thickened and rude riffage, resulting in dense, doomy songs on the now new album Break the Oath. Varied, slow- and more fast-paced songs, that bear brooding tensions – encapsulating gloomy and psychedelic atmospheres. While lyrically bringing certain firm critical notes to the table on our existence and human behaviour. Or, putting forward themes that deal with humanity’s place within the big picture of our universe or, a tangible topic like loss.

PANDER say: “It is with a great delight that Pander caught up with Argonauta Records in spring 2022! The signing fulfilled the band’s intent to bring their heavy loaded stoner gloom to a next step, getting in touch with that specific record label which beholds the stylistic vibes Pander is expressing. Argonauta Records has it all; the wide ranged stoner-sludge-doom amalgam the variety of bands on the label are flagging. So, therefore, Argonauta’s respond to Pander making contact with the company back then, assembles an appreciation of the band’s creative output!”