The Swedish doom heavyweights MAMMOTH STORM are back: After the trio has just recently signed a worldwide deal with Argonauta Records, they are set to release their brand new album titled Alruna on June 28th 2019! Formed in 2012, MAMMOTH STORM left an impressive first stamp with their critically acclaimed debut EP, Rite Of Ascension, followed by numerous shows all over Europe alongside acts such as AHAB and many more. Fornjot, the band’s first full-length album released in 2015 with Napalm Records, gained MAMMOTH STORM the well-deserved, high praise by both fans and critics alike, while pursuing heavy as hell riffs in the name of doom. Four years later, the band featuring Daniel Arvidsson (also in Draconian) on bass and vocals, drum & organ wizard Emil Ahlman and guitarist Christer Ström return to the scene with their sophomore storm of a mammoth album, Alruna.  Named after the mythical plant Mandragora, Alruna is the enigmatic sequel to the highly appreciated debut album Fornjot. The album holds five new songs sprung from the same source as its predecessor but shows a broader range of expression and a somewhat different sound. The production has a rare deadly punch that animates the progression of MAMMOTH STORM into a new earth shaking experience. The deceptive silence has ceased, the storm is approaching! 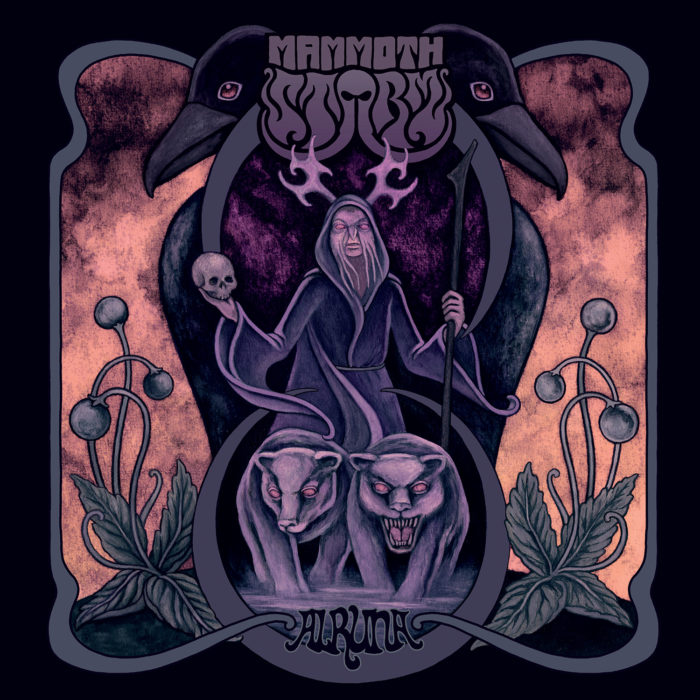