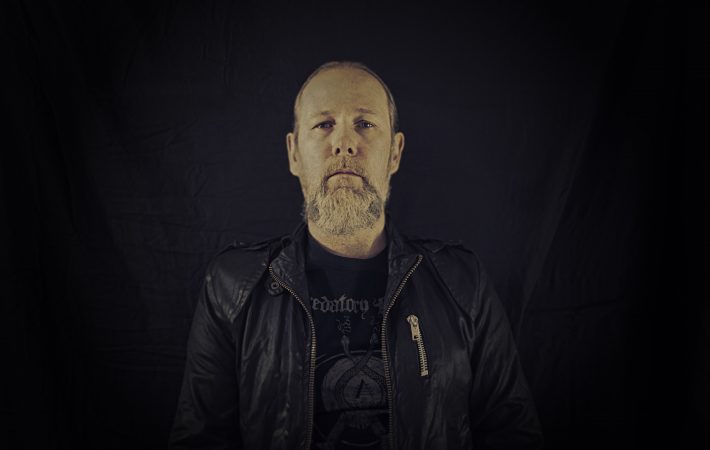 From Dead Can Dance-like tribal atmospheres to futuristic sci-fi soundscapes, from lush and cinematic passages to a harsh distortion and massive futuristic soundscapes, the founding member and guitarist of  Swedish metal masters Dark Tranquillity, Niklas Sundin, has not feared any musical borders with his first public foray into his solo-project, Mitochondrial Sun. The self-titled debut album will be seeing the light of day on February 14th 2020 with Argonauta Records, and is a diverse offering of songs Sundin has been working on for years, and sounds that differ wildly in expression and sonic aesthetics. Today Mitochondrial Sun is sharing with us a final video before the album drops, watch The Great Filter here:

“This is the third and last single before the Mitochondrial Sun debut album will be released on the 14th of February.“ Sundin comments. “The Great Filter is the album’s closing track, and it shows a side of the project that best can be described as “distorted ambient”. The general vibe is harsh and confrontative, being the soundtrack to a world in its final stages of dissolution, but after a while the noise takes on an almost meditative form. Underneath the layers of distortion, more hopeful melodies are floating around. As with the whole album, the song benefits from focused headphone listening since there are a lot of small nuances that otherwise might lost. Hope that you’ll like it!“

After 15 albums and 30 years as a metal guitarist, and with the support from the Swedish Arts Council, Sundin’s first solo- album is largely instrumental and features songs with lots of stylistic differences. Among the guest musicians appearing are Dark Tranquillity‘s Martin Brändström and renowned cello player Annika Blomfeldt, Mitochondrial Sun was mixed and mastered by Anders Lagerfors (who also contributed grand piano to some tracks) at Nacksving Studio in Gothenburg, Sweden.

According to Sundin, the record is based around evolution and the passing of time. Juxtaposing electronic and decidedly synthetic elements with organic sound textures and the presence of real cello and grand piano, Mitochondrial Sun is an exploration of contrasts. Some songs have a traditional feel, invoking ghosts and patterns from our distant past, some are urban and desolate and some glance outward towards a future among the stars. Dive into the sound worlds of Mitochondrial Sun and check out Sundin’s earlier video singles for Celestial Animal HERE, as well as the cosmic track Nyaga HERE! This album is by no means an easy listen, or one designed for instant gratification – but the patient listener will be rewarded!

Set to be released on February 14th via Argonauta Records, the pre-sale is available at THIS LOCATION!