The four Heavy Rockers from Zofingen (CH), have their musical roots all over the place, reaching from Stoner Rock, Metal, Hardcore Punk to Death Metal. If you hear the band’s music for the first time, you’ll notice the different influences moving along between dreamy Space melodies & the Sound of a Tractor refueled with Kerosene! For a final result the press already described as a perfect blend of KARMA TO BURN meet DOZER. Founded in 2012 by Bass player Kilian & Drummer Tomi to have a fun project that should go in the direction of Kyuss, Karma to Burn & Monster Magnet, they went through some lineup changes in their early days before completing their current lineup with the 2 guitarist Andy & Roman in 2013. Over the past 2 years they played in Germany, Poland, Austria & Switzerland. Shared stages with bands such as Electric Wizard, Truckfighters, Yawning Man, Monkey 3, 1000 Mods, Karma To Burn, Sasquatch, Elder, Greenleaf, The Midnight Ghost Train, Goatess & Pentagram. Ephedra went back into the Studio at the Foolpark Studios, Luzern, to record their second Album “Can’- Ka No Rey”, which is named after a place in Stephen King’s Fantasy Saga “The Dark Tower. 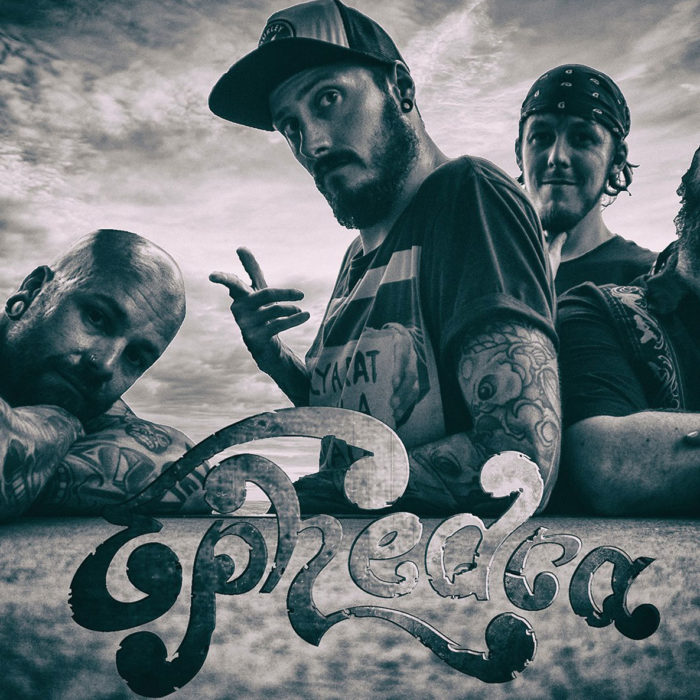