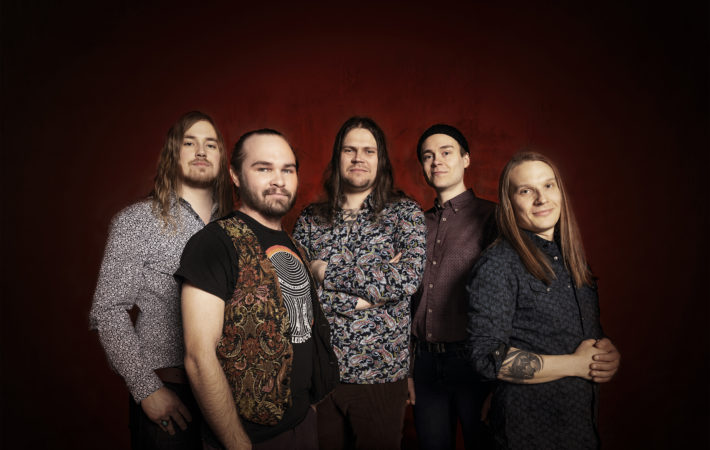 Hailing from Finland’s landscapes of Kuopio, heavy fuzz rock unit THERMATE is set to release their first full-length album, Redshift City, on May 10th with Argonauta Records. After the five-piece band, who conjures the sounds of the 70’s heavy metal-era refining it with the glory of classic 90’s stoner rock, just recently unveiled the first details about their upcoming debut album, today we get to hear a first single to the track Eyes of Jupiter!

THERMATE got together in 2012, followed by their debut EP, Off to Hades, and their critically acclaimed Black Desert Highway- EP. The band continues „Thermate is beyond excited to release our first full length album this May! During the writing, the songs formed into true heavy-as-shit epics, still with a lot of dynamics and variety. We really tried to push the limits of stoner rock, not limiting ourselves just to genre-music. While making things proggy enough to be interesting, we still didn’t want to make our music too indulgent or difficult; the heavy stoner groove and huge guitar riffs are always there. Needless to say, we can’t wait to release the album and play these songs live!“

With a release date set for May 10th on Argonauta Records, the LP and CD pre-order is now available at: www.argonautarecords.com/shop