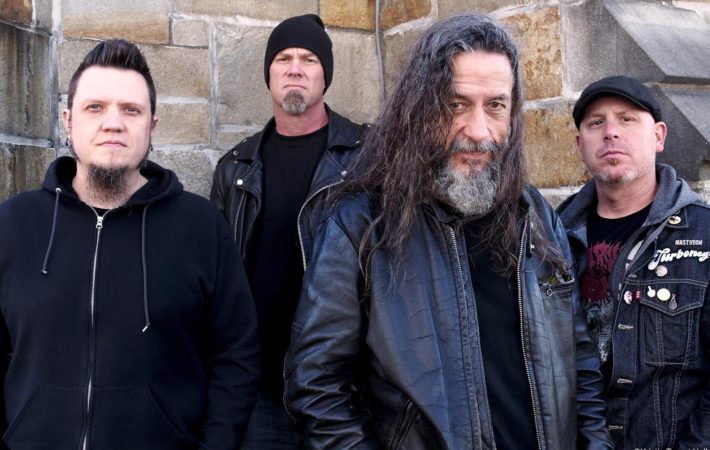 In 2015, a crew of veteran musicians in Kingston, New York started to share the passion to create powerfully original music. SHADOW WITCH drew their musical influences from various directions, but their goals were simple: harness decades of experience into a cohesive, monstrous sound. While the velocity by which those goals were met is no surprise, the band has now signed a worldwide deal with Italy’s powerhouse label ARGONAUTA RECORDS!

“We are incredibly excited about the next album, and feel that the move to Argonauta Records is the great step forward SHADOW WITCH have been waiting for“, comments vocalist Earl Walker Lundy on the signing. “The music for our upcoming album UNDER THE SHADOW OF A WITCH pushes the band in new directions, that folks may be surprised by. It’s our bluesiest so far, and it’s also a deeply personal album for me. We’re proud of what we’ve written, and honored to be sharing it with the world through Gero and the Argonauta family!”

In August 2016, SHADOW WITCH released their first full-length album ‘Sun Killer’, to excellent reviews from the international heavy music community. The album is a diverse assemblage of songs pulling in doom, thrash, psychedelic and stoner metal, and they back it up with intense, explosive live shows to annihilate any listener hesitation.
While member resumes may have eased their footing inside the door of many venues, their future is unquestionably solid. SHADOW WITCH began a new chapter in their music history with the official release of their second full-length album ‘Disciples Of The Crow’ in December 2017. Said Steve Howe of The Sludgelord and Outlaws of the Sun fame “Disciples Of The Crow is a Stoner/Doom Metal Masterpiece!”

Followed by the recent signing with Argonauta Records, SHADOW WITCH will make their return with an amazing new release filled with the band’s special mood, atmosphere, killer riffs and vocals. The songs are all that’s needed to raise you above the light, surround you in darkness, and bind your ears, hearts and mind as one. SHADOW WITCH will be coming for you in 2019, so stay tuned for more album news and first tunes to be unveiled soon!